An in-situ installation by Maree Wilson 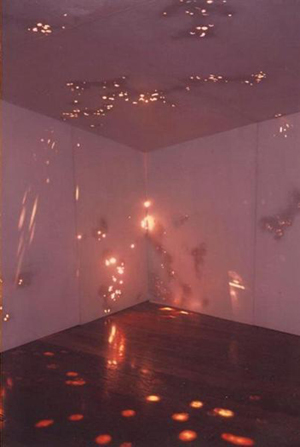 Built World is a constructed temporal space built on site in the foyer gallery. It consists of a hallway leading to a room, inviting the audience to experience the transformation of an architectural environment.

Light leaks through holes, illuminating the dark and creating a space that is both magical and dream-like. The viewer is invited to revisit the memories of childhood and delight in the magical lure of a nocturnal other world.

The artist would like to acknowledge the following for their support :