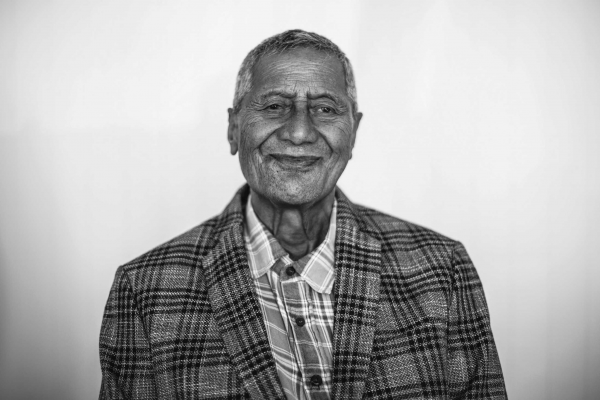 The creative journey of emerging Maaori artists will be explored at a panel discussion to be held this weekend Saturday 9 April at Hamilton’s Waikato Museum Te Whare Taonga o Waikato.

Award-winning photographer Bodie Friend will join finalist artists Regan Balzer and Hollie Tawhiao for an inspiring conversation about their works which are currently on display in the Kiingi Tuheitia Portraiture Award exhibition.

“This is a wonderful opportunity to hear from these talented artists about the people and places that inspire them,” says Liz Cotton, Director of Museum and Arts, Waikato Museum Te Whare Taonga o Waikato.

“Throughout this exhibition you can really feel the connection and respect that each of the finalists has for the generations that came before them.”

A partnership between the Office of the Kiingtanga and the New Zealand Portrait Gallery Te Pūkenga Whakaata, entrants to this competition were tasked with creating an artwork with whakapapa (family history) connections to the depicted tuupuna (ancestors).

From an impressive 128 entries nationwide, Bodie Friend was named winner of the inaugural Kiingi Tuheitia Portraiture Award and received a $20,000 cash prize.

Artist Regan Balzer (Te Arawa, Ngaati Ranginui, Raukawa, Maniapoto) was selected as a finalist for 'Guide Susan: A Matriarch (Not a Maiden)', as was Hollie Tawhiao (Ngaati Tiipa) for her painting ‘Rangiaho’.

On tour by the New Zealand Portrait Gallery Te Pūkenga Whakaata, the Kiingi Tuheitia Portraiture Award is a showcase of finalist and highly-commended works from the inaugural competition. Waikato Museum is the first venue to host this travelling exhibition, which is open until 8 May 2022, 10am to 5pm daily. Entry is free.