A glitter installation by Mark Curtis 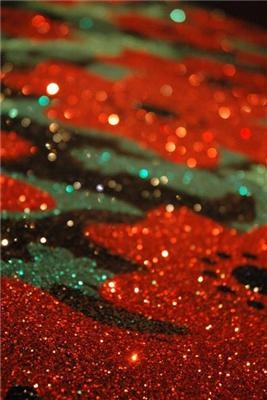 Detail of Memorial by Mark Curtis

My friend, you would not tell with such high zest
To children ardent for some desperate glory,
the old lie: Dulce et decorum est
Pro patria mori.

Memorial is a response to the ANZAC commemorations. Mark Curtis' glitter carpet depicts poppies, the flower that now carries with it the weight of grief and symbolizes the place, Ypres (Belgium), where so many Australians and New Zealanders now lie.

Usually, the opulence and refractory qualities of glitter makes us think of stardom and glamour, seemingly in direct opposition to the ethos of ANZAC day. However, in this instance, it seems to underscore the exuberance of those youths who were naively patriotic and desperate to stand in defense of their country. The glitter in Memorial scintillates with due glory in honour of those whose deaths kept them eternally young, a tribute to those who fell in the Great War that allowed us the freedom we enjoy today. Lest We Forget.

Mark Curtis is currently a senior lecturer in graphic design at the Wintec Department of Media Arts, Hamilton. Curtis is an established New Zealand artist whose work Ultra Glister was selected for Telecom PROSPECT 2004 curated by Emma Bugden at the Adam Art Gallery, Victoria University in Wellington. Ultra Glister was first exhibited at the Waikato Museum in 2003.

The glitter carpets of Curtis almost invoke a kind of reverence where you need to stop and contemplate its sheer impossibility and lush beauty.