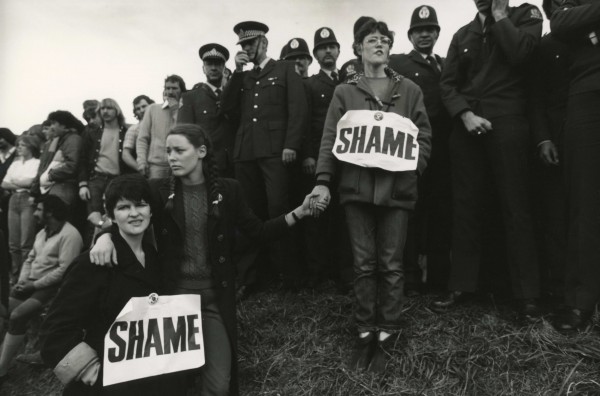 But few of those faces have been named and many stories are yet to be told.

Waikato Museum is collaborating with Hamilton City Libraries to unearth the names and stories of those who became part of world history when the Hamilton match of the controversial tour was called off.

If you have first-hand memories of the protests in Hamilton that you are willing to share, please visit Waikato Museum or contact the Heritage Floor at Hamilton’s Central Library (phone 07 838 6824) to arrange a time to record your story through an interview.

On 25 July 1981, hundreds of New Zealanders who believed playing sport with South Africa condoned its racist apartheid system, stormed the field at Hamilton’s Rugby Park, leading to the game’s cancellation.

The chaos, anger, and sadness of the day was captured through the work of local photographers.

Waikato Museum’s 1981 exhibition, which opened in June, highlights these images and the events of the day.

Waikato Museum curator Nadia Gush said the exhibition sheds light on what was a divisive time for Aotearoa.

“It was a ground-breaking moment preserved through the stunning photography of local photographers,” Gush said. “But the names and stories of the people in those photos are at the heart of this exhibition, and Waikato Museum hopes to hear from more of them.

“Regardless of the side of the rugby fence people might have been on, the significance of that game’s cancellation is an important part of Hamilton’s history.”

Waikato Museum would like to hear from anyone who attended the candlelight vigils, marched to Rugby Park, or paid to watch a rugby match that never eventuated, Gush said.

Some photos featured in the exhibition show the thousands of protestors filling Hamilton’s Garden Place, while others show rugby fans watching chaos ensue at Rugby Park.

If you have first-hand memories of the protests in Hamilton that you are willing to share, please visit Waikato Museum to view the exhibition, or contact the Heritage Floor at Hamilton’s Central Library to arrange a time to record your story through an interview.