Rotowaro – the town that disappeared 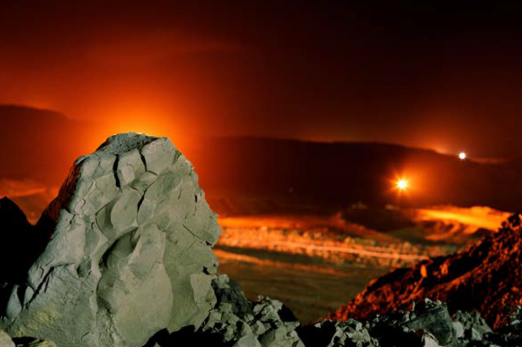 Photographer David Cook spent nearly four decades recording the effects of the coal industry on one small New Zealand town and it’s 400 residents – now all gone – and the landscape around it.

David Cook’s long-term study of Rotowaro, in the Waikato coalfield area west of Huntly, now forms the basis of a significant new exhibition at Waikato Museum.

Mr Cook, a senior lecturer at Massey University’s College of Creative Arts, says: “It’s one small place on the planet, but it holds a lot of significance in terms of people’s attachment to the land, and what we do with our resources.”

Rotowaro township was closed in 1987 and its residents dispersed because the land underneath it was wanted for more mining.

Nothing now remains of the town, and the only evidence left of the former open cast mine is the old Rotowaro carbonisation plant that once processed coal waste into briquettes.

Mr Cook’s project started in 1984 when he was commissioned by Waikato Museum to document the impact of the coal industry. He immersed himself in the life of Rotowaro township before it closed. He recorded changes to the landscape as the mine expanded and closed, and as the land was rehabilitated and later sold by the Crown to Waikato Tainui in 2017.

Waikato Museum Director Cherie Meecham says: “This is an exceptional documentary of a community and landscape in transition. The fact that David became an accepted member of the local community is reflected in the intimacy of the portraits he has captured.”

The Maaori name, Rotowaro, translates as ‘lake of glowing embers.’ The latest video work in the exhibition explores tangata whenua perspectives on the significance of the land.

Mr Cook said the engrossing nature of the project took him by surprise: “I found it such a compelling story.  I became attached to the place – it inhabited my imagination.”

This hard-to-find, dedicated industrial village and its 400 residents, who still used coal ranges and long drop toilets and were serviced by a weekly night cart, was “a revelation”.

He found himself recording a “key moment in people’s lives” as the town closed, and residents had to make decisions about their future.

Mr Cook will give a free floor talk about the exhibition at 11am tomorrow (Saturday 14 March) at Waikato Museum.